Get fresh music recommendations delivered to your inbox every Friday.

two of me and my shoes 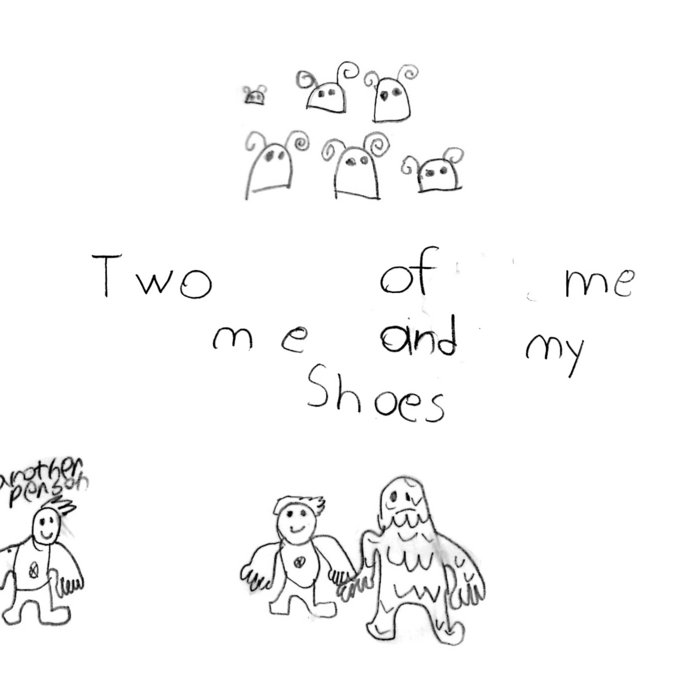 In 2015 Glenn and Allen remade this. The individual tracks had been deleted long ago to make room on the D12. But we had good quality stereo songs that sounded kind of bad. We played the songs through the speakers in Allen's studio and tweaked the crap out of them until the crap was almost gone and the instruments started peaking their notes out.

The result comes from, maybe, 50 hours of listening and drinking - adding and removing software equalizers, sending the songs through a single channel of his mixing board and fine tuning the treble, mid, and bass frequencies - then writing CD's to play in our cars, just to make notes about it and go back in to fix things and repeat the process. We like to do this.

When we added Ryan's drums and Ed's piano to a few tracks the songs were coming to life (again for me). As a final touch, the original version of guitars on the porch was given the kibosh and rerecorded in Allen's studio. We think it's a fitting last song.

When you're listening to these songs and you think of nothing, tell me at glenn_geiger@hotmail.com.

Bandcamp Daily  your guide to the world of Bandcamp

Little Brother joins the show to discuss their beautiful journey, plus tunes from Fat Tony